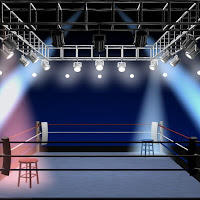 The election countdown has begun while I am writing this post. After 31 days of presidential campaigns, unnecessary TV "air time" here we are. While they are bubbling in the television, with roughly the opinion of 64% of the population (around 4.3 million people), a person can think "Where did the rest of the population go or what where they doing all day?"
In my opinion, the result of the final round of Boris Tadić - Democrats - vs. Tomislav Nikolić - Nationalists? I'm not a politics freak - isn't much of a mystery for me, since the rest of the candidates that lost in the first round agreed to support Tadić. It's a disgrace how parties think they "give" their voters to someone, as if the voters don't have an opinion of their own. To make matters worse, I believe that people never really cared who was their "leader", as long as there is a shepherd that keeps the flock away from some wolves. The percentage speaks for itself.
On the other hand, the reason that ~36% of the people didn't reach a voting booth could be because they had to do more important things, like earn their income and I don't blame them, everyone has economic problems. But voting takes 5 minutes, come on!
One final excuse some stated was that the candidates didn't actually deserve their vote.
One thing I didn't like about the campaigns was that the candidates used the TV to broadcast their "message". OK, maybe there are immobile persons, but there are other persons that come back from their universities or work and want to sit in front of the television, watch a good comedy and relax.
I'd like to take the chance and thank online the RTS (Serbia's National Radio-Television network) for respecting our monthly payments and didn't approve any paid "air time".
We shall see who gets to roll the fancy limo!

P.S. Nothing like the good ol' democratic socialism and Tito as I've read and heard so much about those golden times :)

UPDATE: Boris Tadić won, who would've known! (if you read the post, you know the irony)