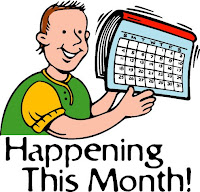 It's been a while, lots of stuff to talk about. First and foremost, I'm beginning to get up again and stand on my own two feet, although my father's death will always be a painful memory. I've decided to prioritise my to-do list for this year, and guess what - it's more study time for me! That doesn't mean I won't post here, but it means that I will do it after I get to know with my books a little bit better. :) I don't need anyone watching over my shoulder to do this, I am aware that the buck stops with me, but biochemistry (one of the subjects left for me to pass) is a quite large subject with enormous books, it requires time, and it's not something you can test on a computer, run it and say "Ah, it works this way".
Secondly, I believe some of you must've heard about the fall of Serbia's Government. Although I am apathetic to the political scenery in Cyprus and Serbia, I must say it was a bomb waiting to explode, this way the two democratic parties get to bash each other about the fact that no-one was able to .
Thirdly, I signed up this puppy in blogrush, they say it's good for publicity, plus they have this nifty addon for blogs, that give you some interesting articles of what's going on in (their) blogosphere.
Bubbling thus, I have just made a bash script that checks whether you have duplicates of a screen -S something instance. I will personally use it along with "screen -S irc irssi". It helps in situations like when you want a connection waiting for you in the background, while you log in. I believe it can be used with gnome sessions. You can alter it in your own personal style, get it from here. Usage: bash screen-irc-check
Last but not least, I opened up my own personal reseller website named HellNetworks (not done yet, I'm working on it), providing people internet services such as IRC shells, logo design, web hosting, webspace, some programming skills, something for those extra funds for my medical studies.