Software: Autopatcher is long gone, but... 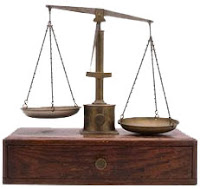 According to this little announcement, it looks like the autopatcher all-in-one update project has gone down the drain. Instead of Microsoft congratulating and embrasing such a kind security offer from a programmer such as Antonis Kaladis, they send an email for "unlicensed redistribution" of copyright work. If you ask me, Microsoft has never heard of the words: promotion developers software
It might be old news, but I want to point something else. Take a look at how many times the world linux is mentioned! It is a fact that GNU/Linux and *BSD distributions are short of desktop users, but that's not a reason for begging!

I just looove the ranting that followed:

The future is Linux. Let Microsoft commit suicide if they so want to. 1

And for all the people who are using this as the reason to jump to linux - good riddance. Make sure to post here after you get your Linux distro installed and have to download a number of packages and updates that makes Windows Update look like a blessing. 2

Nevertheless, this is NOT the ending of the AutoPatcher and easy patching era. As Kaladis has mentioned, the team is working on a web-based solution. If that solution can work with grabbing the downloads directly from microsoft.com, then I believe they can bypass that attorney notification. If that solution could also automatically create an iso image at the end, which would be useful in redistribution, then we're back in secure Windows ;)

Email ThisBlogThis!Share to TwitterShare to FacebookShare to Pinterest
Posted in: microsoft, software, windows