As modern humans, or homo sapiens sapiens, we have evolved greatly in a lot of areas - from creating ways of verbal and signal communication to the rapid development of economy, trading and science, as well as technology. While this exponential progression was successful so far, something has gone wrong the past century. In this errata belongs the use of recreational drugs.
Drugs of this kind haven't been banned yet and people have a free choice of using them or not (most countries have an age-limit). Tobacco smoking, alcohol and caffeine are now three of the most powerful profit-making industries of the 21st century.

By the mid-17th century, most major civilizations had been introduced to tobacco and recreational smoking; We should probably forgive the past generations for using them in neglect of the consequences of this type of drug use, but nowadays a lot of studies have shown the nasty effects of these indelicate habits, is there really a reason to use them? I'm surely not referring to medical patients which have a couple of years to live and seek to live it pain-free and pass away peacefully.
Despite the way tobacco is taken, smoked, snuffed or chewed, the effects in a human being are devastating after prolonged usage, lung cancer and cardiovascular disease have boosted over the years and despite these facts, tobacco consumption is still increasing.
In the false belief that nicotine "calms down", humans intake large amounts of this drug in small dosage. This brilliant way of  taking up poison without even realizing it has enormous negative effects just after several years of constant smoking. You first start small; either as a need for relaxation, a window out of dullness or to become accepted in the "cool" or audacious sect of a social group. You continue the uptake in normal dosages every now and then. But, just like the body adapts to high or low temperatures in a number of days or your nose to an awful smell in a matter of 5 minutes, the same exact way your body becomes accustomed to tobacco as a normal intake.
Taking it down slowly, you may think you can control it, but you find yourself in need to "relax" after an attempt to break the habit for several days. A parasite of your own free will has taken over your wallet, your pocket money, and your years to live. People cannot understand this and keep taking nicotine.
A lot of people believe that smoking can calm you or provide you with extra alertness and concentration (increase of a substance called acetylcholine), that it can drop the level of anxiety (due to the release of beta-endorphins), that you can afterwards endure large psychological stress, which is not always true. As mentioned earlier, after several years of using tobacco, you become a slave to a regular dosage that tends to increase day by day, while you grow up and face the world's problems. Arousal? Probably the first couple of years. But what could happen in several years later is to reach a state of sexual disfunction (genital haemodynamic disruption). 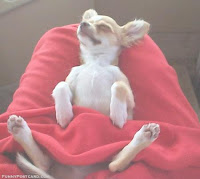 Finally, most people don't understand the cost of the cigarettes, since they dosage is small and for. An accustomed male or female might smoke one pack of cigarettes per day. Multiply the cost of the pack by 30 for a month. Suppose they cost 3 €, you would save 60 or 90 € per month for this nasty habit, which could be used for two nights at a lovely appartment outside town.

All in all, the "great" or "pleasing" effects of nicotine only apply for a short timeline usage, longterm usage comes with great negative effects and therefore problems, may these be financial or health related. Your body doesn't need to relax every day, your body is a temple made of hard stone and marble, that can re-enstate itself back to normal after a good sleep of just one hour. Outdoor activity can prove much helpful to decrease anxiety, since you stress out yourself in exercise - this way you get a sexy body, ladies/men to want you and keep it healthy. I dare you to compare that to a "sitting-eating-mcdonalds-and-smoking" syndrome that an obese person's lifestyle might include.

Recreational drugs of such sort can be controlled by seeking professional/medical help - don't let yourself reach a stage where you need such help.