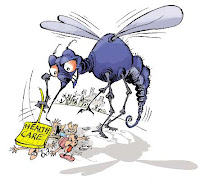 While a decade ago scientists announced they can use foreign genes into a mosquito genome, a year ago, scientists announced a "theory to practice" successful use of an artificial gene that prevented a virus from replicating within mosquitoes. The problem is it's one virus, not all of them (virus)!

So they replaced a gene with a fake one into a mosquito and now it can't reproduce one virus - big deal. The real problem is not one virus, it's the mosquito itself, since it carries and favours the reproduce of several bacteria as well, par exemple Plasmodium. 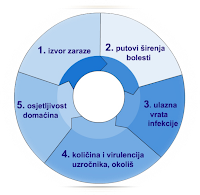 Modifying genetically the vectors shouldn't be even a step to take to fight a virus. Fight to kill the vector or just fight another step of the reproducting ("life") cycle, called Vogralik's chain - The steps are:
If one of the above is stopped effectively, then the infection will stop reappearing. The point is that it takes a long time in order to find an adequate way of preventing/stop the life cycle of an infection, especially if the vector can carry multiple infection agents.