Go to amazon.com and hit a search for blu-ray. You'll find some of the new discs that have 25GB in digital size and weigh only some grams :) Oh what would I do with a blu-ray burner.. The bad side? Their price (mysimon.com)!

For a price so high I would buy myself a new computer with all the sexy new features & speed rather than spend it on one piece of hardware. Yes, I agree, it is lovely it has 25GB or 50GB (double-sided), but I can and WILL suffice to a bunch of DVDs rather than spend it on ONE thing; well at least for now. I bet the price will fall several hundred dollars by 2008, since it might be the new standard for digital data. I don't mind waiting for some months until the merchants realise that the price set for blu-ray drives is SCARING customers!

HD-DVD? Same thing. I believe high definition DVDs will be the standard for digital media, films for example (a lot of companies have started to give out their films in HD-DVD). 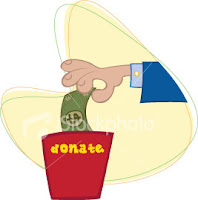 But I'm not the crowd pleaser nor a politician to drive the madness towards the one or the other product end. Let's leave it for the world to decide.

If you have a lot of money to spend on such expensive items, then why not consider a donation on my behalf to help me go on with my studies/blog or some other foundations, i.e. The Red Cross?

You don't even have to pay:

Email ThisBlogThis!Share to TwitterShare to FacebookShare to Pinterest
Posted in: computers, hardware