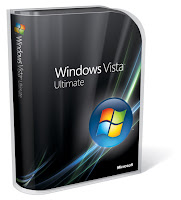 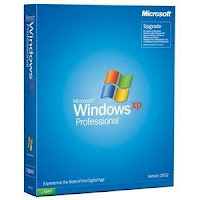 (Pictures belong to Microsoft.com and Microsoft in general, but the ranting that follows belongs to me!)

With all the Windows Vista ranting going around, the public is still buying the Windows XP Operating System. Either it's because 7 years of use made them prone to trying new stuff, or maybe they loved the RPC worm so much that they'd love to have it again. Maybe it's because they don't like to feel stupid by trying to make the user control every single step with a "Cancel or Allow" (Watch the mac advertisement, you'll love it, although I haven't seen such a cancel or allow dialog).

Problems were always part of every major upgrade to the Windows operating system family. So "to ease those [problems], some consumers are seeking out machines equipped with the more compatible Windows XP" (Reuters). Dell and HP started selling Windows XP machines again.

There's a final scenario to this occurance: People may be afraid to try the new thing before a Service Pack arrives, along with a pack of drivers for older hardware. The "fairy tales" about Windows Vista supporting old hardware are not so true, since just the aero theme requires some mega bucks spent on graphics card, not to mention the cost of the RAM required, the new processor and motherboard (these 3 usually go together).

I have the same PC for 4 years now, and I've been using Ubuntu Linux for the last year. It's somewhat more mind-pleasing to get a free operating system and help to spread the word instead of paying up to Microsoft (and pay specifically for antimalware products to feel secure).