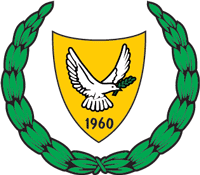 It's a tad risky to use Wikipedia for such an argumentable event, but this is how things went: Someone liked power, and since in Greece the nationalists wanted to "spread" (my opinion), they took down the president (Makarios) and installed Nikos Sampson. This was a minor event, but 5 days later, at the 20th of the same month, Turkish invasion of Cyprus took place. Allegedly (really sorry, but I'm not a follower, just a thinker), Turkish troops were there to protect the Turkish-Cypriots from some interracial disputes that were going on since 1963. A proposal to change 13 constitutional amendments by Makarios shook things up with this proposal as a background reason.

Looks like every big nation wants a "part in the tango"; tango because, whereas some 3-4 nations fight over Cyprus, there's only place for two communities: Greek-Cypriots and Turkish-Cypriots.

A real solution to the Cyprus problem will not be given by strangers. If you ask me, both communities should sit down and settle their differences; and I mean the communities, not their drunk presidents (yeah monsieurs representatives of the both communities, I've been watching your zivania and your whiskeys "as seen on TV"). Ask the people what they want, tell them what the other side wants, let them discuss, dispute, fight each other and finally come to a common ground.